Need your puppy delivered right to your door? Please let us know!

Please browse our F1 Goldendoodle puppies below and after reading our Policies you may continue in reserving one today! 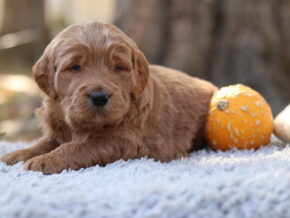 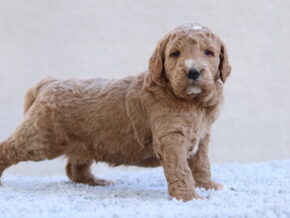 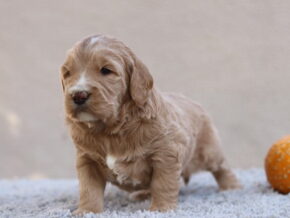 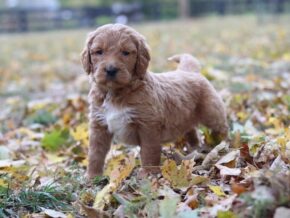 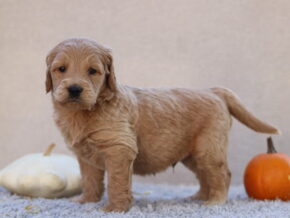 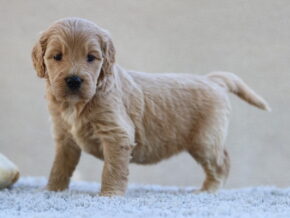 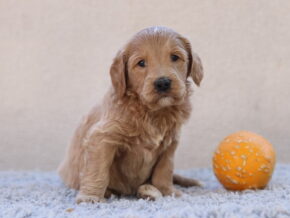 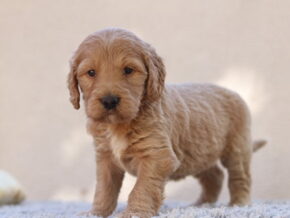 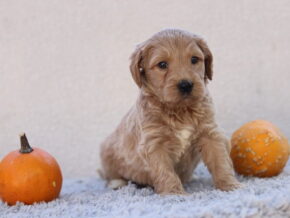 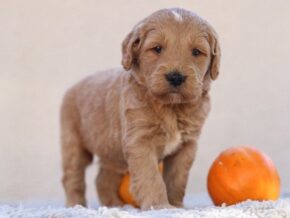 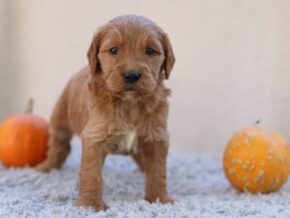 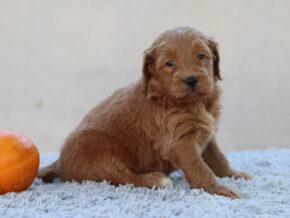 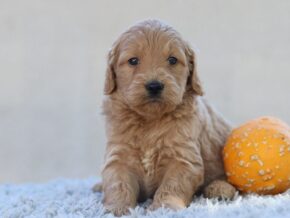 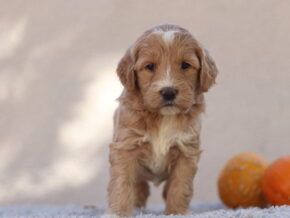 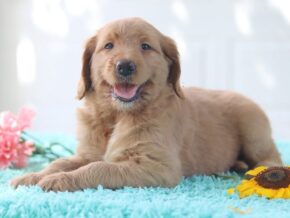 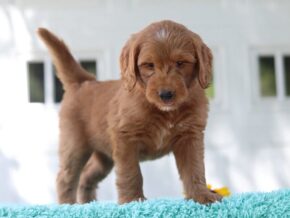 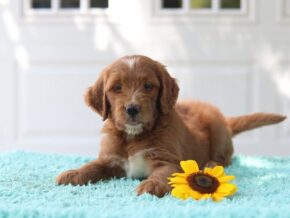 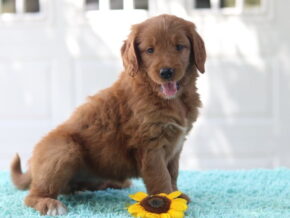 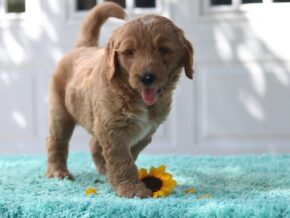 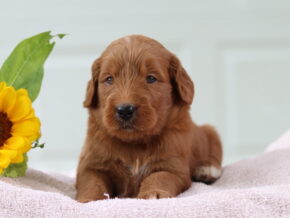 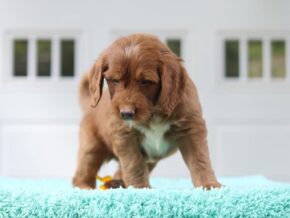 About the F1 Goldendoodle breed. 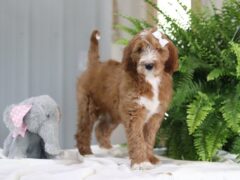 It's possible that Golden Retrievers and Poodles accidentally crossed to create the first Goldendoodles. Later, in the 1990s, Standard Poodle and Golden Retriever hybrids were developed in Australia and North America. Goldendoodles are typically bred as domestic pets. A select few of these dogs are bred and chosen for careers as service dogs like guide dogs and therapy dogs.

Many people choose F1 Goldendoodles because they like Golden Retrievers but would rather have a dog with less hair. Some owners believe the hybrid cross will give their new pet a better chance of reducing the risks associated with genetic disorders or cancer after losing their Golden Retriever or Poodle to those conditions. Even though not all Goldendoodles will have the Standard Poodle's low-shedding coat type, some folks might seek a canine companion that won't exacerbate their allergies. The amount of shedding varies from dog to dog, while F1 Goldendoodles may not shed as much as Golden Retrievers.

Dogs who are crossbred lack conventional traits. The quantity of regular grooming required varies according to the coat type, with less shedding coat varieties requiring less upkeep than shedders. Although some breeders believe the F1 Goldendoodle is a hypoallergenic dog, there is no such thing as a completely hypoallergenic animal. There has been no study done to verify that any dog is entirely hypoallergenic. They might make good bird dogs if the F1 Goldendoodle exhibits the characteristics of the parent Golden Retriever. Both parent breeds share the ability to swim, and F1B Goldendoodles typically exhibit this characteristic.

F1 Goldendoodles may have wool, fleece, hair, or a combination of coat types. The wool coat resembles a poodle coat more closely. Straight, curly, or wavy hair with a golden retriever's mane may be found on a fleece coat. Given that it has more characteristics than the poodle coat, the F1 Goldendoodle sheds less frequently as the coat gets curlier. White, cream, apricot, gold, and red are common colors. Silver and black are outlandish hues. Parti, Phantom, and Brown are the more unusual colors.

Similar to the golden retrievers and poodles. They are highly oriented toward people, sociable, teachable, and friendly to other dogs. Dogs have a somewhat high degree of energy, like their parent breeds. As a result, it is not accepted for registration by respectable purebred dog registries such as the American Kennel Club, Canadian Kennel Club, or The Kennel Club (United Kingdom). Some breeders decide to restrict breeding to first-generation (F1) puppies or the children of a Golden Retriever and Poodle union to boost genetic variety and try to prevent the inherited health disorders that have plagued many dog breeds.

According to other breeders, Backcross (F1) Goldendoodles, the offspring of a Goldendoodle and Poodle mating, are less likely to shed and maybe a better choice for people who have allergies to fur and dander. Genetically, puppies born to an F1 hybrid are 50% Poodle and 50% Golden Retriever. To develop the Goldendoodle breed, some breeders use selective breeding.